Man of Steel did just (ahem) super at the box office this weekend, cashing $116.6 million over the weekend and, including some special Thursday screenings, $128.7 million overall. That\’s great—mostly. It\’s great for Warner Brothers, which now has an honest-to-goodness franchise in play again the year after The Dark Knight series concluded last year. It\’s great for Henry Cavill, who plays Superman and will have a chance to flash his chin cleft for years to come. It\’s great for pop-culture-centric Christian writers like me, who\’ll have more opportunity to write about the themes in play.
But I am bothered by the ending. Not horrified, necessarily, but bothered.
WARNING: The rest of this post will get very spoilery.
To recap (and I really hope you took that warning right above this sentence seriously), Superman and his nemesis General Zod have it out on Planet Earth—right in the heart of Metropolis. Much of the city is destroyed during their melee. And in the end, a furious and still defiant Zod turns his newly discovered heat-ray peepers to an innocent family, obviously intending to fry them. Superman does his best to stop Zod, but Zod\’s just as strong as he is and Superman knows that Zod will never stop and— and—
Well, Superman kills the guy.
Repeat: Superman kills.
Now, if we get all theological and say that Superman is a straight-up Christ figure and Zod is the devil or the epitome of evil or something, we can navigate this. As much as Jesus wants us to be good to one another, He doesn\’t have a problem crushing evil. And Zod certainly feels about as evil as it gets (in his own strangely principled way). 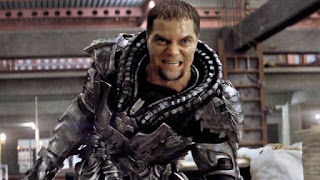 And sure, he seems broken up about it at the end. The movie suggests Superman didn\’t have a choice: It was either Zod or the innocent family. Given that either-or scenario, you gotta go with Zod.
But Superman doesn\’t kill people. He just doesn’t. That\’s not part of his character. And that bothers me. In fact, he didn’t just kill Zod. He fought the guy in the heart of Metropolis, destroying half the city it seemed. The Superman I grew up with, I think, would’ve led Zod out of town—never mind director Zac Snyder’s need for crashing buildings and explosions.
One of the things that I respected so much about Christopher Nolan\’s Dark Knight trilogy was how true he stayed to Batman\’s long-held mythos. Yes, they were dark stories. But he never fired a gun. He never killed anyone. Yes, he was a flawed, complex character. But he held firm to the central tenants of his own internal morality.
Superman is a better person (albeit alien person) than Batman. Everyone says so—even Batman. He\’s an optimistic, glass-half-full kind of guy compared to Batman\’s dour skeptic. While Batman slinks in the shadows, Superman\’s a hero of light. The movie even suggests that Superman\’s super powers are fueled by the sun (its youth and vitality mixing with Supes\’ genetic makeup with impressive results). He\’s powered, literally, from a light from above.
Moreover, Superman\’s supposed to be an example—a guy who, in father Jor-El\’s words, \”give the people an ideal to strive towards.\” Batman doesn\’t consider himself to be a great example to anyone.
And yet Superman\’s the one who\’s killing people?
Maybe I’m off base. And perhaps it’s a little quibble in a pretty positive movie. Still, that quibble keeps me from embracing Man of Steelas much as I’d like.