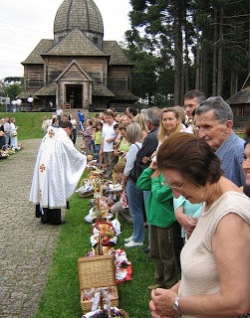 A glance at the morning paper, a perusal of the evening news, a click on The Huffington Post will tell you the same thing: Religion’s big news.
Religious fervor has been suggested as a motive in the Boston Marathon bombing attack. Sectarian violence between Muslim Sunnis and Shiites is escalating in Iraq. The murder trial of Kermit Gosnell (the doctor who allegedly did some pretty horrific things in his Philadelphia abortion practice) is drawing belated national attention—a welcome sight for many Christians for whom abortion is a huge issue. A couple that relies on faith healing have now watched two of their children die from maladies that, ostensibly, modern medicine could\’ve helped.
Yeah, faith has made headlines lately. But then again, it always does.
Like it or not, religion is a factor—often a huge factor—in today’s and every day’s news cycle. Religion filters into healthcare debates and budget battles. It informs how we react and respond to tragedy. Faith impacts how people think and vote and spend. The biggest questions of life (Why are we here? How did we get here? Why do we hurt? What’s after this?) are inherently questions of faith. And even if we choose to reject faith, we still must grapple with the concept. And how we answer those big questions can’t help but influence how we deal with the issues of our day.
Seven out of 10 Americans say they’re either “very” or “moderately” religious, according to Gallup. And the other three? Well, they gotta try to understand—and deal with—the rest of us. Religion in the news? I can’t think of a major news story that wouldn’t have a faith angle to explore.
And yet, some pundits believe that many reporters get religion all wrong. 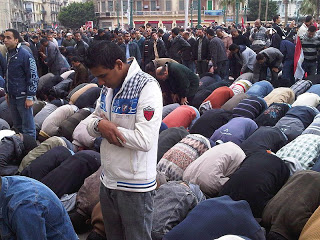 I ran across a column by Carl M. Cannon of Real Clear Politicsthat bemoaned the lack of religious awareness in news organizations. He mentioned a New York Times piece that declared, \”Easter is the celebration of the resurrection into heaven of Jesus\” (instead of His resurrection from the dead; his ascension took place 40 days later), and a CBS Sunday Morning story that reported John the Baptist as having been at Jesus\’ crucifixion (when he had been beheaded sometime before). Obviously, the reporters weren’t trying to demean religion: They were honest mistakes. But really, shouldn’t any reporter writing about religion have at least a rudimentary understanding of the faith they’re covering? Writes Cannon:

Although the number fluctuates, some 40 percent of the American people describe themselves as evangelical Christians. Yet in traditional U.S. news organizations, print or broadcast, such believers are a rarity. The news coverage tends to reflect this disconnect. Evangelicals are often dismissed, particularly in political reporting, as exotic; or, worse, as a menace to civil society. Traditionally, the people covering religion knew what they were talking about, at least. And presumably, they exerted a leavening influence inside their newsrooms. But Biblical literacy isn’t necessarily a requirement for that beat anymore; meanwhile, newsroom budget cuts have decimated the ranks of the nation’s religion writers.

This bums me out. Not just because I\’m a Christian and would like to see my faith represented fairly and accurately. Not just because I\’m a former religion reporter who sees so many great stories that journalists rarely touch. It saddens me because religion is important. We can\’t hope to understand the stories of the day without some understanding of the spiritual and religious motivations behind them.
But there\’s an irony here—one pointed out, indirectly, by ReligionDispatches\’ Diane Winston in a written rebuttal to Cannon:

The real issue is not the lack of trained religion reporters, but rather Americans’ widespread ignorance about religion. Religion is absent from many high school curricula and university classrooms, and many of us barely know the religious history of our own country much less the role of religion worldwide. Religion is too important to be left to a few experts. … The historical, sociological, and theological basics of world religions need to be part of the American educational system. Once they are, coverage not just of religion but also of politics, culture, international affairs, and probably even sports, is bound to improve.

Most Americans claim to be religious. And yet most Americans don’t have a good understanding of their own faith, much less their neighbors’. And I’d agree that that’s a problem, too. I’d love to see religion taught in schools: Even for non-Christians, a working knowledge of Christianity is important to understand much of Western Civilization’s art, history and literature. A better understanding of other faiths will be increasingly important in our ever-growing multicultural society. Sure, it’d be tricky. But you can teach without evangelizing. In my time as a religion reporter, I learned a great deal about other faiths without anyone ever trying to convert me.
Yeah, religion is a big deal—not just spiritually, but pragmatically and empirically. It’s very often news. And we ignore it at our own peril.