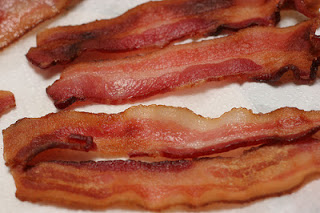 The end of the world, should it come Dec. 21 or a hundred million years from now, won\’t be pretty.

How do I know? I\’ve seen it–or rather, various Hollywood incarnations of it. From 2012 to Knowing to The Cabin in the Woods, the end invariably involves lots of screaming and explosions and impressive CGI affects. Sure, Danny Glover or Nicholas Cage will put on a brave face and make a nice speech somewhere along the line, but we know they\’re probably pretty bummed.

And I can understand why. Regardless of where we think we\’ll wind up after everything\’s gone, most of us have gotten kind of attached to this place. Even if the streets weren\’t filled with molten lava or shambling zombies, it\’d be hard to say goodbye to it all. I\’d be particularly disappointed should the doomsday-ists be right and the earth does fold up shop tomorrow. I mean, the Denver Broncos have been having a great year. If the world has to end, couldn\’t it just wait until after the playoffs?

Still, I\’d hope that I\’d not waste those last few hours feeling sorry for myself. If I knew that Dec. 21–just a couple of hours from when I\’m writing this–was the last good day we\’d have with this ol\’ earth, here\’s what I\’d do:

I\’d wake up early and cook a pound of bacon. And then I\’d eat it all myself. I know that sounds selfish, but listen, I really like bacon. And if my family wants some, they\’re more than welcome to cook their own pound.

I\’m scheduled to see and review a movie tomorrow, but I think I\’d blow it off. I don\’t really want to spend a couple of my last precious hours watching Jack Reacher.

Instead, I think I\’d take a nice walk around town with my wife. Maybe we\’d take our dog. We don\’t walk him enough. He\’s pretty annoying to walk, to be honest: He\’s like that Joe Pesci character from Goodfellas–making a big show of how tough he is by barking at everything, from squirrels to mountain lions to passing SUVs. But, with it being the end of the world, I figure he might as well spend the day enjoying it, too. Plus, he just might frighten away an invading alien or two.

I\’d try to call family and friends, of course. I\’d visit with my parents, who live in town. I might touch base with my friend Clay Morgan, particularly if we see any zombies shambling around the neighborhood. Clay wrote an awesome, off-kilter Christian book about the undead (called, strangely enough, Undead), and he might be able to give me a tip or two on how to deal with the decaying army.

I might watch 2001: A Space Odyssey again, giving that gigantic floating fetus one more chance to make some sense. Or maybe my kids and I would just soak in a few episodes of The Tick (greatest cartoon ever), particularly the one with the Breadmaster.

If the roads aren\’t too overloaded with abandoned cars and such, I might try to talk the fam into heading up to the mountains to sled. I can\’t think of anything more fun than sledding, really, and even though my kids are grown and I\’m–well, grown too, does anyone really ever outgrow sledding?

I might do some other things, too, if we have time. My daughter\’s always wanted to order a pie at Village Inn while all of us wear fake mustaches. I\’d listen to some of that music my son\’s been bugging me to hear. Maybe I\’ll finish off the day by taking my wife dancing. We haven\’t been dancing in ages.

Funny. The last day on earth, and what would I spend it doing? Simple things. Things I could do any ol\’ time but often don\’t. It wouldn\’t be filled with maxed-out credit cards or drunken revelries: It\’d be spent sledding. Dancing. Walking. Hopefully, laughing. It makes me wonder … if those are the sorts of activities that I truly love–love enough to spend my last day on earth doing–why don\’t I do them more often? Why do I spend an inordinate amount of my time doing things that I don\’t necessarily enjoy and, in the grand scheme of things, don\’t necessarily matter?

Jesus wanted us to live in the moment. Matthew 6 practically exhorts us to wear fake mustaches to order pies whenever we want. \”Do not worry about tomorrow,\” He says, \”for tomorrow will worry about itself. Each day has enough trouble of its own.\”

Maybe on Saturday, Dec. 22, my daughter and I can order pies. My son and I can listen to some music. Who knows? Maybe my wife and I will even go dancing.

But not tomorrow. My editor would kill me if I didn\’t see Jack Reacher.