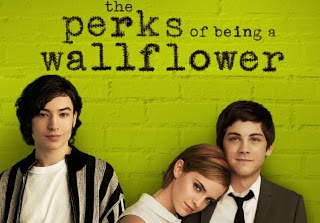 I belong to a local movie critic society and, with awards season already in full swing, I’m trying to catch up on some movies I haven’t reviewed for my day job. Tonight’s screening: The Perks of Being a Wallflower.
Stephen Chbosky’s coming-of-age drama (he wrote the book, the screenplay and directed the movie for good measure) has started showing up on some critics’ “best of” lists. And, even though I would’ve scribbled about 80 pages worth of “problematic content” notes had reviewed this for Plugged In, it’s pretty deserving.
The story focuses on Charlie (Logan Lerman), a quietly troubled high school freshman longing for connection. No, scratch that: He’s longing for a savior—someone to rescue him from his past, his imagined friendless future and his own anxious mind. And he finds it, after a fashion, in an eclectic group of compatriots, particularly gay senior Patrick (Ezra Miller) and his beautiful step-sister, Sam (Emma Watson).
Perks is littered with talking points and, on a personal level, I was swept away by the story. The movie captured the feel of high school as well as any John Hughes movie ever did—the highs and lows, the sense of high tragedy and wacky farce sometimes lumped into the same passing period. Sure, I stayed a lot cleaner in high school than the main characters here (a wild night for us was a soda-filled murder party), but the sense of possibility—that heart-in-the-throat feeling that all the horrors and raptures of life might somehow be condensed into one weekend—felt true. (And it didn’t hurt that the characters were listening to the same music I did in high school and college, either.)

As Charlie says in the end, “You are alive, and you stand up and see the lights on the buildings and everything that makes you wonder. And you\’re listening to that song and that drive with the people you love most in this world. And in this moment I swear, we are infinite.”
Infinite. For a pretty non-religious movie, its themes—and that word in particular—pack an almost spiritual punch.
In high school, I remember there were nights when I felt infinite, nights when I felt so in love—not with anything or anyone, but with life itself—that I’d almost want to cry. It was if the film on my eyes had thinned and I saw the world’s true possibility. Beauty coated every atom, every breath of breeze.
There are times when I still feel that way. But not like I did when I was younger.
I think that, in those moments—even if we’re not doing anything particularly holy—we see the world more as God intended us to see it, as God intended it to be. In the twinkling of the streetlights or the hum of the tires or the smile of the person sitting beside you, we see a glimpse of Eden. And it’s so beautiful that it hurts.
As time goes on, those moments of seeing Eden, fade. We grow up and get jobs and raise families and get older and creakier. And as we age, we learn we’re not infinite. Not in these bodies, anyway.
And as we do, we wistfully remember what we felt like when we were in high school or college or just starting out. We imagine we’re missing our youth (whatever that means to us), but in the end, I wonder if that’s really true. I wonder if what we really miss is that sense of the infinite.
I wonder, sometimes, whether that’s one of the reasons why people fall into temptations or addictions as they get older: They still long for that beauty, hunger for that infinite. They haven’t forgotten. They want it back. And so they turn to other things—alcohol or drugs or mistresses or money—to somehow reclaim that feeling.
But maybe that sense of infinite isn’t something we lose in our youth: Maybe we are infinite in Christ, which means we can’t lose it—not really. And those moments when we felt so wonderful and right with the world, those were just the before-movie trailers—teasers of what’s to come.
I’ve shared before that I have a hard time imagining heaven. The harps and eternal singing just doesn’t do it for me. But The Perks of Being a Wallflower reminded me that I have tasted the infinite; I have felt the glorious sense of the universe humming in me when the night is clear and my friends are laughing and everything is right. If that’s what heaven feels like, I can’t wait.