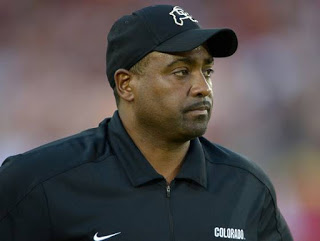 Jon Embree, who had been head coach for the University of Colorado football team, was officially let go after two terrible, horrible, no-good very-bad years. In two seasons, the Colorado Buffaloes won four games, and their 1-11 campaign last year was the worst in the school’s 123-year history.
But during a tearful news conference, Embree indicated that his teams had a lot to be proud of.
\”You had the highest GPA the last three semesters that this school has ever had in the football program,” he told them. “You stayed out of trouble. You guys represented yourselves well. You set a legacy and a standard, and as I told you guys when we\’re going through tough times, you\’re not judged by the scoreboard at the end of the day.
\”I was,” he concluded. “But you won\’t be.\”
And so on his way out the door, Embree pointed to one of the prickly dichotomies of our time—perhaps of most times: The tension between the ends and the means, between “just do your best” and “just win, baby.”
I’ve raised two athletic kids, and from the very beginning, I told them that sports were about friendships and teamwork and dedication. I don’t know if I ever explicitly ladled on the old, “It doesn’t matter whether you win or lose” cliché: I hope not. I have standards, after all. But I always hoped that the meat of that message got through.
Except it never really got through to me.
See, while my kids were pretty sportsy, I never was. The only game I liked in gym was dodgeball, because I was sure to get pegged in the game’s first 30 seconds and be able to sit down for the rest of the period. But even though I never could do sports, I’ve always loved them, and I loved watching my kids play.
Correction: I loved watching my kids win. 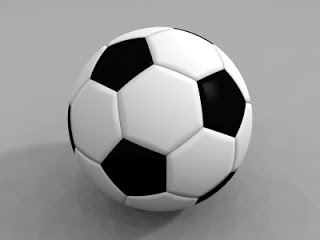 My son played on a competitive soccer team that won a lot. My daughter was in a park-and-rec league where most of the girls rarely knew the score—and a few didn’t know their goal.
My son was a defensive dervish, flying through the air to thwack soccer balls with his noggin … and if he sometimes crashed into an opposing player hard enough to rattle the guy’s teeth a little, well, that’s all part of the game.
My daughter was both an offensive and defensive force, jitterbugging through the opposition like—well, a jitterbug, I suppose—earning oohs and ahhs from the parents on the sideline and making her father smile with a sort of geekish intensity … until about the third game in the season (each season), when my daughter always mysteriously throttled back. My mid-season, she talked as much as she kicked, sometimes (gasp) complimenting members of the opposition.
I love both of my children with equal fervor.
Alas, I couldn’t say the same about their soccer games.
We like to win. We like our winners. Let’s face it: Much of our American culture, from our economy to our politics, from our GPA-obsessed educational system to our winner-take-all sporting competitions—reflect a preoccupation with winning.
And yet, you don’t see a lot of winners in the Bible. Oh, sure, many of our favorite characters wound up on top (and we would concentrate on those stories, wouldn’t we?), but often not before they had some devastating setbacks and heartbreaking losses. God, I believe, is a little like a diehard Cubs fan: He has a soft spot for loveable losers.
See, losing doesn’t just reveal our character: It builds it. Winning can be pretty distracting when you think about it: Knowledgeable jocks say all the time that “winning covers a multitude of sins:” And while they may mean that teams don’t bicker as much if they’re seeing success on the field and don’t necessarily notice that their punter’s horrible, I think the cliché has a deeper meaning: When we’re on top of the world, we can lose touch with our real priorities—what we’re really supposed to be doing and how we should be living. Who knows? If Joseph hadn’t been thrown into that well and just spent his whole life relishing his father’s special coat, he might’ve been a big jerk. If King David hadn’t needed to deal with Saul in his early days and his wayward son Absolom in his old age, he might not have gone down in biblical history quite so favorably.
When I first published my book, I think I got a little too caught up in the “win” of the moment: I imagined that it’d sell well and I’d earn royalties and, instead of thinking about what the book might do in people’s lives, I started thinking about all the remodeling products my book might help me buy.
Well, God on the Streets of Gotham has, to this point, not helped me do any hefty remodeling projects. It’s not sold well enough. But maybe that’s a blessing—if not for my fantastic publishers at Tyndale, at least for me. It helped me see the book better not as a tool for my own enrichment—a tool to help me “win” in the publishing world (whatever winning there looks like)—but as maybe something that’ll help a few people who read it, whoever and however many they may be.

My son’s team won a couple of championships, and those were great: But looking back, seeing him hoist a trophy isn’t that memorable. No, what I remember is the afternoon when Colin got thwacked in the face with someone else’s head. He got up, blood streaming from his nose and mouth, and never flinched—ready to defend the goal as he always had. And Emily, I don’t remember her soccer career as much as a cross-country meet held on a 40-degree night and in a heavy, freezing drizzle. She was never the fastest runner on the team; it wasn’t really a priority for her. But that evening, she ran for three miles, her glasses covered in ice and rain so she could barely see. She slipped twice, fell, and still crossed the finish line. She walked to the stands, water dripping from her hair and nose and chin, her teeth chattering.
A few other runners bailed that night, but not her. Not my daughter. She didn’t win, but she finished. She finished strong. And when I saw her in all her bedraggled misery, I was so proud I almost cried.
Embree’s right: At the end of the day, we’re not judged by what the scoreboard says. Winning, in real life, is much different.