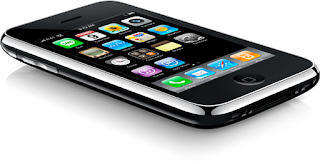 According to a new survey from the Pew Forum on Religion and Public Life, one out of every five Americans now claims to have no religious affiliation.
Now, there’s been a lot of discussion about the study—what it means, what it doesn’t mean, how accurate it is—but for me, it made me think about how great it’d be if there was some sort of one-size fits-all, answer-everything Christian app.
I’m not talking about an app that gives you encouraging daily Bible verses or walks you through Leviticus or offers you coupons allowing you to attend your next church service for free. Those are great, but I’m talking about an app that would act as a spiritual Siri or something—a sort of all-purpose pastor on call, answering all your immediate spiritual needs.
Say you wanted to know whether it’d be OK to omit your annoying Uncle Harry from your Thanksgiving Day gathering. The app (should we call it “Siriel?”) would tell you whether you, as a good Christian, could in good conscience do such a thing. Or maybe you’d really like to see Paranormal Activity 4 (heaven help you) but worry that maybe God wouldn’t like you going to horror flicks. Well, Siriel would tell you whether horror movies would ever be allowed in a Christian’s entertainment diet—and if so, which ones. (The Exorcism of Emily Rose might be OK. The Sawmovies, not so much.)
It could be theological: No longer would devout fundamentalists need argue over pre-millennial vs. post-millennial interpretations of Revelation. Siriel would render a quick and chipper verdict. It could be sensitive: Ask it why a good God would allow so much pain in the world, and it’d have a ready answer. “Are you speaking generally, or are you referring to your recent breakup with Mindy, that no-good restaurant hostess?” it might say. It might even offer voting advice.
And, if it noticed that your spiritual life was in some jeopardy—say it noticed you were walking into a Saw movie with Mindy—it’d set off some sort of officially licensed alarm to gently usher you back to the path of righteousness. Linda Ronstadt’s “You’re No Good,” perhaps, or AC/DC’s “Highway to Hell.”
And, if we didn’t like Siriel’s advice—if it felt just a little too judgmental for our tastes–maybe we could adjust the settings so that it might go a little easier on you.
An app like that would solve a lot of problems, wouldn’t it? Wouldn’t it be great if something like that could tell you how to live your life? We’d never have to think again.
Just as God gave us that pesky sense of free will—giving us a choice as to whether to follow Him or not—he made the act of following Him really tricky at times. Jesus told us to love our enemies, but He might not’ve had Uncle Harry in mind at that very moment. Paul might’ve encouraged us, in Philippians 4:8, to focus on whatever is pure and virtuous and noble and whatnot. But he also said in 1 Corinthians 10:23 that everything’s permissible. So where does that leave Saw?
The thing is, Christianity is hard. It’s not just hard to act like a Christian (though that’s plenty hard). Sometimes, it’s hard to know just how a Christian would act. It’s as if God wanted us to struggle at times. It’s as if he wanted us to think deeply about this stuff.
It’s as if He thought that, grappling with the mysteries of life might help us draw closer to Him. It’s as if He was really serious that we should put our trust in Him and that boundless grace and mercy—to follow His will as best we can but to understand that we won’t get everything always right … and to know that, sometimes in spite of ourselves,  that our lives are still cupped in his loving hands.
Which, ironically, makes this hard faith of ours quite simple as well.
But paradox is a hard sell. Any PR agency or focus group could tell you that. Mystery and wonder and struggle (particularly struggle) won’t do much to convince those 20 percent of religiously unaffiliated American to give Christianity a go.
No, what we need is an app.